John Jameson has provided the Guild with a new Meeting Book which is kept as a record of attendance at meetings. This is a magnificent production - you will all want to come to meetings just to sign it - for which the Guild is immensely grateful. Here are his preliminary comments about the project:

“When Miles suggested that I might bind a new Member’s Book, I was more than pleased to be asked. After giving the matter some thought I came up with the idea of carrying out the project in the style of a Springback Binding…………..or Ledger. This almost obsolete form of binding was conceived at the very end of the 18th Century as a large, robust book which opened flat for ease of making manuscript entries. What could be better?

Right through until the 1960’s or 1970’s, before of the advance of computers, there was a small army of binders engaged in this branch of the trade known as Stationery Binding but this is now almost forgotten. Whilst the techniques used are fairly traditional, I have deliberately designed the covers so they don’t look too old-fashioned. For the benefit of any bookbinding students I have attempted to make a filmed record of the entire process”. 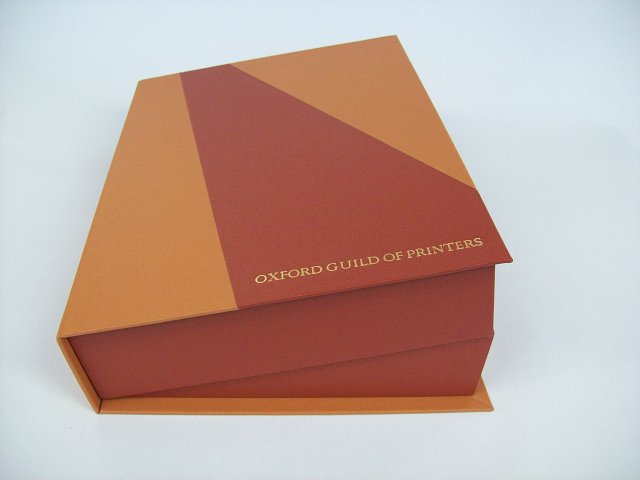 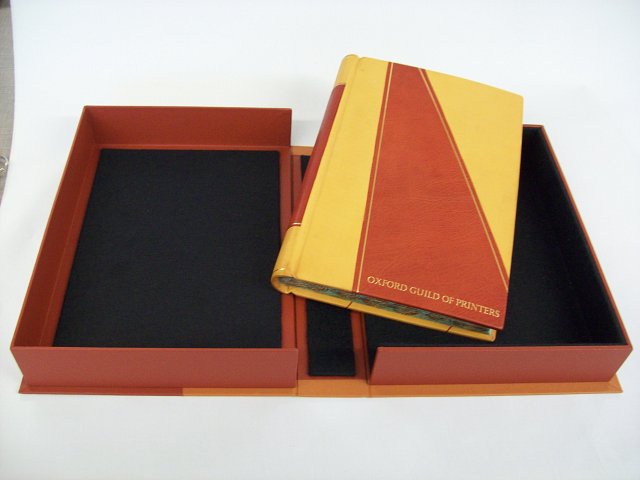 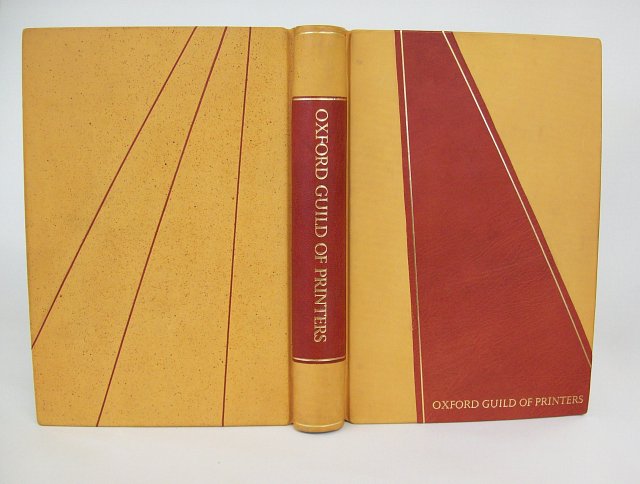 At the end of Simon Lawrence’s talk in February he presented a further keepsake: a reprint of ‘Speke Parrot!’ from Edward Walters, printer and engraver, [Fleece Press 2013] which Richard had first printed in 1945 as a schoolboy, under the tutelage of Edward Walters, at the Marlborough College Press. He had inveigled Richard to sign these as Guild ephemera but then tipped them onto card over-printed: “70 years ago Richard Russell printed this. We salute you!”

It was with great pleasure that I was then able to announce the Committee’s decision to confer Honorary Membership on Richard.

Membership numbers steady at over 100; visit to Madresfield appreciated though disappointment that so little of the library was seen; Wayzgoose broadly enjoyed: plans to repeat in 2016 with better promotion; ‘Ephemera on Show’ successful and to be repeated: Peter White to organize again.

It was agreed that funds were sufficiently substantial to merit a proportional and appropriate disbursement; see ‘Any Other Business’

The committee were re-elected unanimously – Proposed, Gabrielle Falkiner, seconded Jane Russ. The Chairman made his usual plea for members to step forward to provide some change to the Guild’s management which he persists in believing would be healthy and, as usual, saw little spark of interest amongst those assembled.

After the meeting, Liz Adams and Jane Russ put themselves forward as the ‘Bursary Sub-committee’ and will consider this further.

Similarly Jane Russ agreed to ‘mastermind’ the promotion and exhibition of the ‘Private Press Prize’.

The meeting closed in eager anticipation of Dr Chip Coakley’s talk on his Jericho Press.

If you are a member of the OGP and wish to display some news please contact the web manager with details.